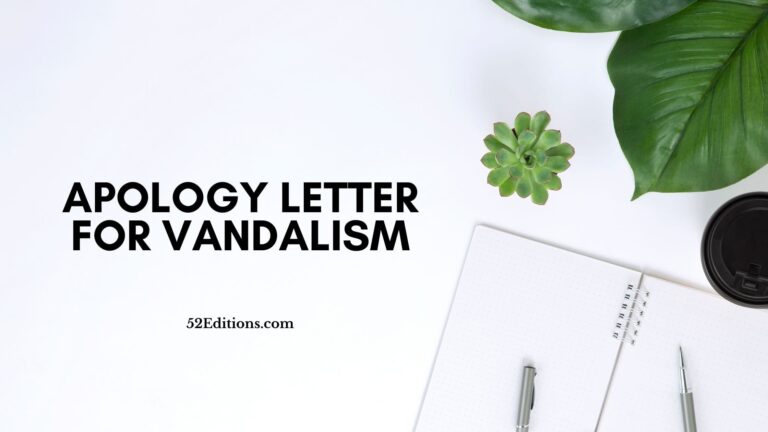 If you have caused damage to someone’s property, here is a sample apology letter for vandalism.

I would like to sincerely apologize for causing damage to your property and items. It was irresponsible of me to have acted out that way. In addition to my heartfelt apology, I would like to make up for my actions in any way possible.

Please let me know about the damages and the amount required to fix them. Apart from the money, I would like to offer my help for other problems that might have been caused.

I hope you will accept my apology and allow me to make amends. I promise you that my actions will not be repeated in the future.